The newly renovated Miller Theater opened its doors to the public after three decades of vacancy. Doyle Dickerson Terrazzo worked with construction company The Chistman Company and Lord Aeck & Sargent Architects to repolish the existing terrazzo floor found by the theater’s entrance. The renovation project, located in Augusta, Georgia, spanned more than seven years and cost $25 million dollars. According to The Christman Company, the focus of the project was to “revive and rehabilitate the theater for modern use and performances.”

A look inside the Miller Theater as it undergoes restoration; WJBF.com

Miller Theater is an important place in Augusta history. The theater named after owner Frank J. Miller was known for its entertainment scene for over 40 years. Architect Roy Benjamin designed an Art Modern-Style building in 1938 featuring black walnut millwork and Italian marble terrazzo. The theater opened in 1940 becoming the second largest theater in Georgia. At the time of its grand opening, the Miller Theater resembled many of the theaters found in Hollywood.

However, in 1984 the theater closed due to poor attendance. Crowds disappeared leading to the theater’s disrepair. In 2005 Peter Knox IV bought the theater and planned to restore the building saving as much as possible. The idea was to make the theater look exactly like it did when it opened in 1940. During construction, the building allotted for expanded space and a few upgrades to reflect today’s modern style. But many of the original features of the theater remains such as the ticket booth, the marquee, and the staircases.

Doyle Dickerson Terrazzo repolished 3,250 square feet of existing terrazzo during the construction phase. The floors today look as good as new. When it comes to restoring terrazzo floors, building owners can maintain the integrity of their interiors without having to replace the entire floor. By repolishing the terrazzo floors, not only did we restore the floor to its original state but we helped to extend the floor’s life well into the future. 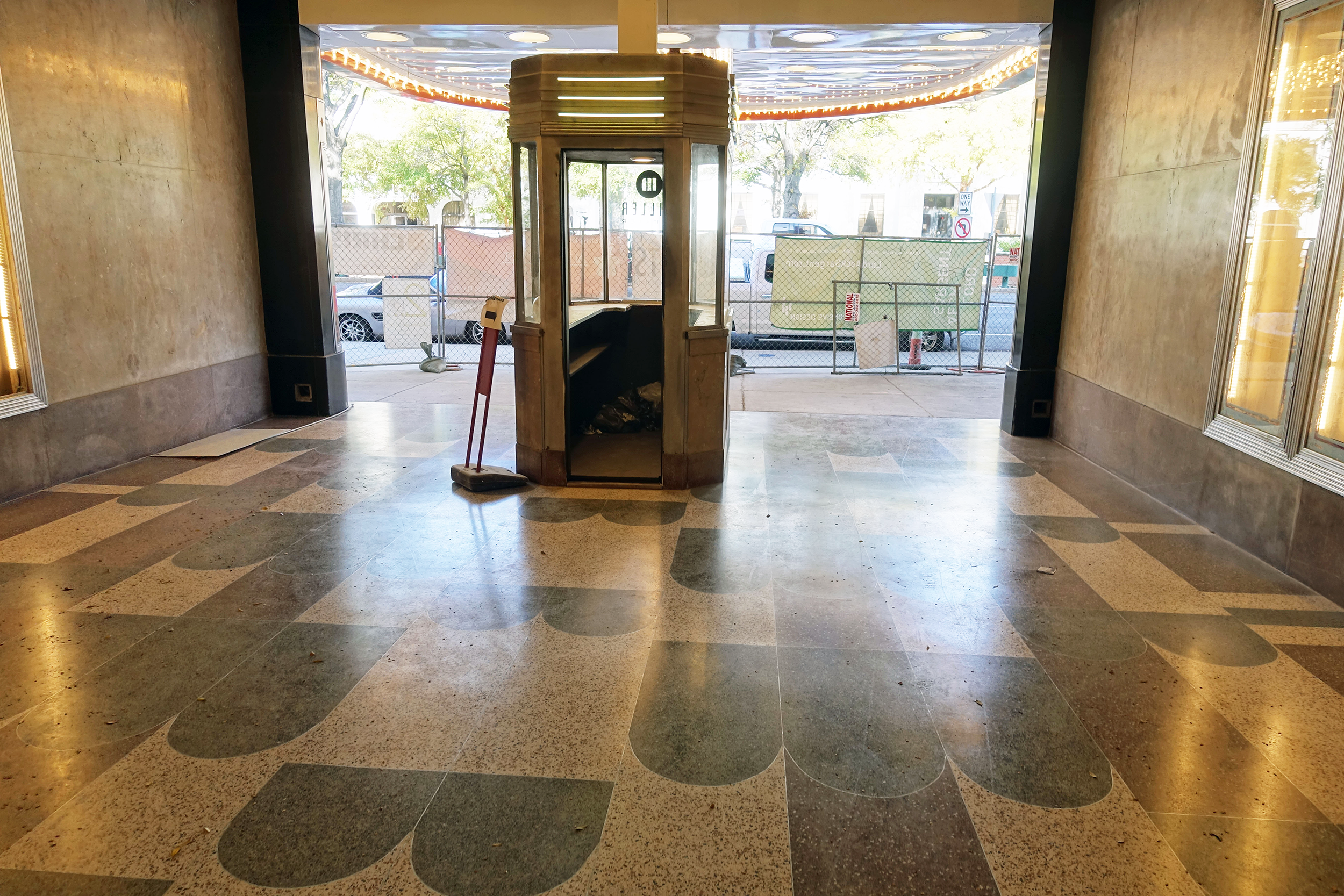 Terrazzo right by the entrance 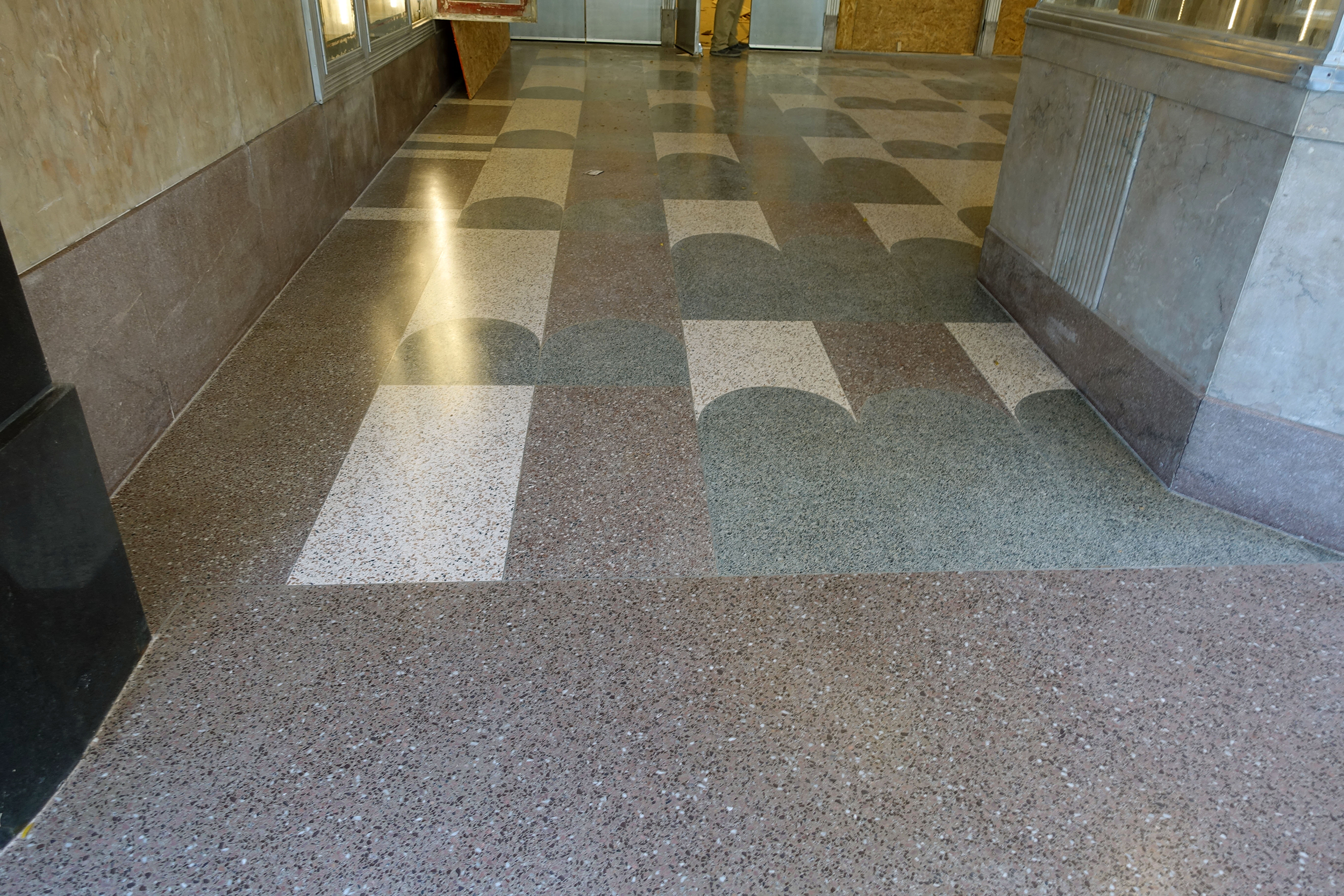